Distribute things that are not in Japan and the world

The hardship and pleasure leading up to now

My house was a reinforcement company that my parents run, but I was hit by a long period of Heisei great recession and Lehman shock. At the time it was a small company whose home also serves as the office, but when I came home at night and put on the electricity in the living room, I was surprised to see that there was a mother in the dark living room where I thought that no one was there. The mother who was in charge of accounting had a account book and held his head.

At that time, it was a business scale of about 40 or 50 million yen annually, so it can be said that it is not normal to say that 2 million is not enough in it.

My mother says “It is not enough even if you exclude your salary”, so the worst case that the family leave at night … family broke up … hanging run through my mind. I kept doing my work in such fear. My parents said, “Since we have payment from business partner on the 15th day of next month, we will return it,” but after 10 to 20 days the same scene was at home as well. When I thought that nobody was there and turned on the light, it was a scene that there was a mother in dark .

Every day I worked hard and was busy raising money. I gathered money from acquaintances and managed to overcome it.

With these experiences, I understood the importance of thinking about cash flow and that we need to develop business in anticipation. It is more than anything to build a business that looks ahead.

My driving force was born of such a sense of fear,“I do not want to return at that time” “I do not walk on the same way”, and I am doing business now.

Our company started from reinforcement construction industry, and we are expanding our business to solar business and various businesses. We frequently asked by the surroundings “What is your company doing?” , but what we are thinking is “to create something that is not in this world, new things, those that can produce added value”.

Whether winning or not is, of course, important, but can we make our employees happy by working first? Can customers become happy? Is it possible for a contractor and a person in the world to be happy? If there is a possibility, I always have a stance “Let’s do it first”.

For that reason, we are supposed to be engaged in various fields such as investment activities, food and beverage industry, wholesale / trading company functions, but I will focus on them like tuning the radio and gradually getting colse to the direction of the success image that I hold. By doing so, all projects currently are progressing smoothly.

We will continue to challenge various business in the future, but our group is thinking to focus on these four projects, “Solar generation, Real estate, Reinforcement work, Coffee business”.

To Asia ・ The World

Our main business is solar business in Japan. As you all know, the solar project is concerned about becoming tapered in the future. I think that it will not go away, but from now on it will be asked the real value. If we do not practice and think about a new vision and a new way, we can not say that there will be no future such as the company leaving the market and collapsing the company.

Therefore, I decided to advance to ASEANas a new vision. Fortunately I was able to meet a trustworthy business partner in the Philippines, so I started it immediately. Although the way of doing things is completely different from Japan, we have bought funds on both sides, launched a local corporation, hold a launch party, and already received several projects.

First of all, I will develop a big business in the Philippines and I would like to reverse sales in Japan and ASEAN by 2019.

We have already been able to talk from Thailand and other countries, and we are confident that“there is no mistake in the direction that is going on now.”Rather than sitting in the taper of the solar project in this country as it is, in Japan we will create the beginnings in the Philippines and ASEAN countries from now, as the sunlight boom began in 2012. 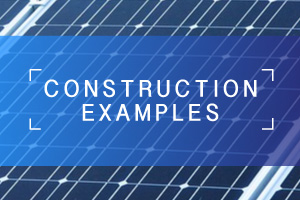